[an error occurred while processing this directive]

Insisting on the Impossible: The Life of Edwin Land - Victor K. McElheny

"a premature attempt to explain something that thrills you will destroy your perceptivity rather than increase it, because your tendency will be to explain away rather than seek out... Fly with your mind without assuming that nature has set a very special trap for you." -- Edwin Land, 1955 (as quoted on page 245) 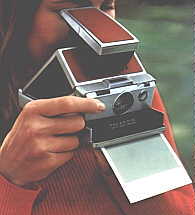 In a nutshell this is the biography of a fascinating individual which is unable to probe into many of the areas that make a good biography great. Indeed, the only way McElheny was able to turn this into well over 400 pages was by giving extensive detail on Land's company (Polaroid), Land's associates (especially Meroe Morse and Howard Rogers), and spying projects that Land worked on. The book starts out with a bang, but rings a little hollow after the first twenty pages or so due to the lack of available source documents from Land himself.

Paradoxically, a man who spent much of his life developing devices and systems for recording history didn't leave much of his own. He didn't keep a journal and his personal papers were destroyed upon his death. McElheny does an admiral job of sifting through what is available to come up with this story, but the details remain fragmented at times and lack the personal touch of Land's own thoughts on many items. Conversely, one is more able to probe the minds of great scientists of the 19th Century, such as Darwin and Huxley, in more detail--even with the much more dated materials--due to their extensive journals, notes, and preserved correspondences.

The author stretched Land's own words when he had them--sometimes repeating quotes that had already been previously used. Virtually no information is presented on Land's private life. Readers find out that he had parents, a wife, and two daughters, but that is almost the extent of the detail. Chapter 15 entitled "U-2 Spy Plane" is the best example of where Land disappears in his own biography. For the first 16 pages of the chapter we learn a lot about the military, but Land is only mentioned as one of a number of names on some committees. It is unfortunate that we can't hear more of his own thoughts and doings with relation to his spying enterprise and other events within his life.

The pictures are my final critique of this biography. Insisting on the Impossible does include a couple dozen black and white photographs. However, this is woefully inadequate for a book that goes through the history of photography and includes dozens of descriptions of photos the reader can't see. For instance, my interest in the Rowland Institute was peeked by the author's detailed description of the architectural planning involved. Unfortunately, I'm forced to imagine what it looks like when McElheny just tells me, instead of showing me, that "Land was photographed looking out of the huge, round window in a rectangular tower" for a Caltech poster (p. 459). This is not an isolated instance (see pages 130 and 131 for some more examples) of photos that are described but which really should have been included.

Hopefully, the above criticisms won't keep people from reading the book. While the book does have its drawbacks, it also contains numerous gems, an interesting history of the Polaroid company, the development of instant photography, and a look at one of this centuries' largely unrecognized geniuses.

Land was first and foremost a scientist who loved what he did. On page 268 he is quoted as saying, "If you're a research scientist what you want is not retirement but another 500 years." The book builds around this theme of Land's love for basic, experimental research and his disdain for giving up--whether it be a pet project or his control of the company he founded.

Land's contributions are surprisingly wide ranging--from being the first to produce materials that could effectively polarize light for the masses, to his self-developing photography inventions (his first of such being shown to the right), and his work with the government--he was able to function well in a society and business world that tends to favor specialization. Land wasn't limited to projects that were strictly for profit or for his country either. His research into color vision had no end goal in mind except to more fully understand a process we usually take for granted. It is unusual to see such exploration coming from someone not directly affiliated with educational institutions.

I also found Land's showmanship and marketing techiques to be of interest. He was friends with Ansel Adams and used these kinds of friendships not only to promote his products but also to improve them via input from experts and users.

Those interested in science, innovation, and the doings of those with vision will not want to bypass Insisting on the Impossible.

"We work by exorcising incessant superstition that there are mysterious tribal gods against you. Nature has neither rewards nor punishments, only consequences. You can use science to make it work for you." -- Edwin Land (p. 233)

from the publisher:
If a single life exemplifies the inner drive that fires a great inventor, it is the life of Edwin Land. The major innovations that he was able to achieve in photography, optics, industry, education, and national science policy carry priceless lessons for readers today. Insisting on the Impossible is the first full-scale biography, revealing the startling scope of Land's scientific and entrepreneurial genius. Second only to Edison in the number of patents he received (535), he built a tiny basement enterprise into a gigantic "invention factory," turning out not only polarizers and the first instant cameras, but also high-speed and X-ray film, identification systems, 3-D and instant movies, and military devices for night vision and aerial reconnaissance. As a scientist, Land developed a new theory of color vision; as a science advisor to Eisenhower during the Cold War he spearheaded the development of the U-2 spy plane and helped design NASA.

Behind these protean achievements was a relentless curiosity, a magical public presence, and a willful optimism that drew him again and again to conquer "the impossible." In an era when these qualities are needed more than ever, this masterly biography will speak to anyone involved or interested in business, science, photography, educational reform, or government.

Victor K. McElheny has written for The New York Times, the BBC, and Technology Review. Founding director of the Knight Science Journalism Fellowships at M.I.T., he participates in the Program for Science, Technology, and Society.

"From those amazing instant cameras to spyplanes and satellites, the founder of Polaroid lived one of the great creative and entrepreneurial success stories of our age. This masterful biography tells that story in enthralling detail. I found myself completely caught up."
-- Richard Rhodes, author, The Making of the Atomic Bomb and Deadly Feasts

[an error occurred while processing this directive]